was formed by Ohio native Grantly Marshall in 1978 in the city of Munich. it was linked in the beginning to the University of Munich where the first performances were held. It expanded quickly to other theatres in Munich and also began to give guest performances in other German cities. The expansion was continued to include many countries in Europe and Asia.

ANGELIKA MARTIN
has been involved in cultural management since 1980′s. After completing assignments with various city governments in Germany, she became freelance and has worked with ADGE for the past 26 seasons.

PAUL STEBBINGS
Artistic Director of ADG-Europe and TNT Theatre Britain. Paul has established an internationally recognised style of theatre that combines physical and visual drama with music while at the same time examining complex texts.

RICHARD CLODFELTER
Managing director of ADG-Europe. He has taken part in over 60 international tours as actor, manager and director.

CHRISTIAN WERNER
After a successful career as a computer engineer, he begins his second profession with ADGE. A true meeting of the minds.

MYRIAM WOKER
Myriam has been active with ADG-Europe since 1987. She has introduced and produced the company around the world like in the Gulf Countries, Singapore, Thailand, China and Australia and now in Switzerland.

STEFANI HIDAJAT
Author and student, she joined ADGE in the spring of 2013 and hopes to help organize tours in her native Indonesia.

CUI YANG
Cui Yang has been active with ADG-Europe since 2006 and has produced the company around China.

GUNNAR FRED KUEHN
Canadian actor, director and producer who has been with the company for 32 years. He is currently producing in the Netherlands, Slovenia, Hungary, Italy and Austria.

CHRISTIAN FLINT
Working as an actor and director for TNT Britain and ADGE for more than a decade, he has toured Europe, Asia and the Americas bringing English language classics to the stage.

ARNO SCHOLZ
Arno studied at the Muenchner kunstakademie and has created many sets for independent theatres. Being ADGE’s set designer, he has constructed sets for all of TNT’s recent productions

PHIL SMITH
He is a co-founder of TNT Theatre Britain with Paul Stebbings and their work has been performed from New York to Tokyo, from village halls to opera houses. He has collaborated with ADGE on numerous productions.

JULIANE KASPRZIK
Juliane studied design in Hamburg and has designed costumes for all the recent TNT and ADGE productions.

TOM WARD
Tom trained in dance and choreography at the London Contemporary Dance school in 1986. Having worked with TNT, ADGE, Complicite, Royal National Theatre London and appeared in several musical theatre productions, he is pleased to be back working on the creative team with ADG Europe.

PAUL FLUSH
Paul works with ADGE as a composer and musical director for productions such as Macbeth, Gulliver’s Travels, Brave New World, Much Ado About Nothing and many more.

JOHN KENNY
John is internationally recognised as a leading interpreter of contemporary music, having given solo recitals and broadcast in 46 nations to date. Being Musical Director for TNT Theatre Brtiain, he has been writing music for and performing with us since 1983.

ERIC TESSIER LAVIGNE
Eric began working with TNT Music Theatre and ADGE in 1992. He has taken leading roles as a performer as well as a choreographer/movement director for several productions including Oliver Twist, Gulliver’s Travels, Macbeth and many more.

THOMAS JOHNSON
Thomas is an Oxford University graduate and has worked in collaboration with TNT and ADGE for over 18 years. He has written scores for several ADGE productions including Romeo & Juliet, Hamlet, Christmas Carol and many more.
Our locations: 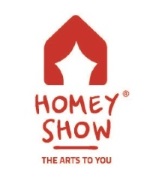